Introduction In this post we will configure voice vlan on HPE OfficeConnect 1920S switch. The switch will be used for connecting Cisco 8851 IP phone, which will detect the Voice VLAN and get an IP address from the correct VLAN. The PC connected through the IP phone will remain in a Data VLAN. The exact
Read More

Introduction In this article we will setup an IRF stack with two HP 5130 switches that run Comware OS. What is IRF? IRF (Intelligent Resilient Framework) is a proprietary virtualization/stacking technology used in some HPE switches. It has been developed originally by H3C, but later HPE acquired H3C. IRF allows us to interconnect several switches
Read More 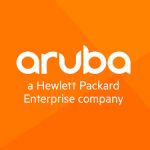